Max McDowell and Tommy Quealy, 2012 graduates of Norwin, were two of the most productive baseball players for the Knights in recent memory. Both enjoyed successful college baseball careers, and McDowell is playing professionally in the Milwaukee Brewers’ minor-league system.

Now, McDowell and Quealy want to make sure young baseball players in the area have the same opportunity at success they enjoyed. That objective led the duo to take ownership of the Irwin facility that helped boost their careers nearly a decade ago. They now operate the Baseball Academy of Norwin, a year-round training center for baseball and softball players.

“I kind of grew up in the facility,” McDowell said of the academy, which previously was operated by Tommy’s father, Tom Quealy, and Norwin baseball coach Mike Liebdzinski. “They kind of built the facility as a local spot for Norwin guys to train in the offseason, and it produced results.”

To that point, the Knights boast three active professional players — McDowell, Tom Shirley, and JJ Matijevic, who was drafted 75th overall last June. The Knights finished as WPIAL runners-up in 2015 and captured the WPIAL Class AAAA championship in ’16.

Matijevic was an instructor at the academy this winter, and he and McDowell used it as a way to stay in shape and hone their skills.

When McDowell returns to his professional team in February, Quealy will handle the day-to-day operations while maintaining a full-time job in Pittsburgh.

Under McDowell and Quealy, the academy is geared towards younger players, frequently between ages 8 and 14. The Norwin youth travel team, which competes in national tournaments, has utilized the academy to develop its players.

The Norwin varsity team uses the facility, and Penn-Trafford also joined for the first time this winter. Serra Catholic, another team that has claimed a WPIAL championship recently, expressed interest in using the facility in the future.

“It’s a really good spot for teams to train in the winter and get a head start on spring,” McDowell said.

While the academy heavily focuses on hitting, there are also instructors for pitching and McDowell works closely with catchers.

He estimated he’s been giving approximately 30 or 40 individual lessons per week.

“That’s where we really see kids get a lot better,” McDowell said. 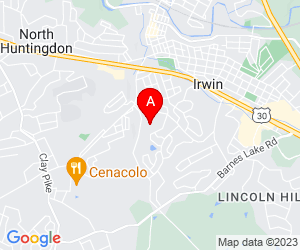 Designed by Mathieu Multimedia
The Baseball Academy of Norwin © Copyright 2023, All Rights Reserved